Southern NSW wool and grain growers, Alan and Ruth Wragge, have dramatically improved the health, yield and quality of their crops since they adopted biological farming techniques six years ago.

The Wragges grow up to 600 hectares of oats, wheat, barley and rice on their 3,000 ha Deniliquin district property, ‘Yaloke’. They also run 3,000 medium wool Merino ewes and small numbers of store cattle.

A fifth-generation farmer, Alan saw long-term problems developing with the continued use of conventional farming techniques. The heavy red clay to sandy loam soils were becoming compacted, his use of crop protection products was increasing, resistance was developing and animal health was deteriorating.

The turning point came when a canola crop, which was shaping up to be his best ever, began to turn yellow. His agronomist diagnosed manganese toxicity and recommended ploughing the crop into the ground. Instead, Alan contacted Ivan Mitchell, his local agent BioAg agent.

Soil and tissue analysis conducted by BioAg revealed that while there was adequate phosphate in the soil, it was ‘locked up’ in a form that was not available to the plants.

Ivan recommended the canola be treated with a tankmix of two fermented liquid cultures (BioAg Balance & Grow® and BioAg Fruit & Balance®), which deliver essential nutrients and metabolites directly to the crop, as well as stimulating microbial activity in the soil.

“Within 48 hours the plants started to recover and the tips of the leaves changed from yellow back to light green,” Alan said. “After seven days they were almost back to normal and after 14 days, following another treatment, they looked absolutely brilliant. 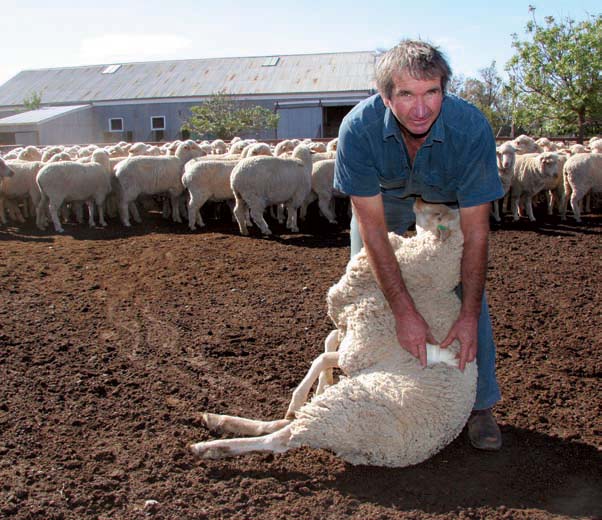 Alan Wragge checks the wool on a 30-month-old Merino ewe prior to shearing at ‘Yaloke’, Deniliquin, NSW. 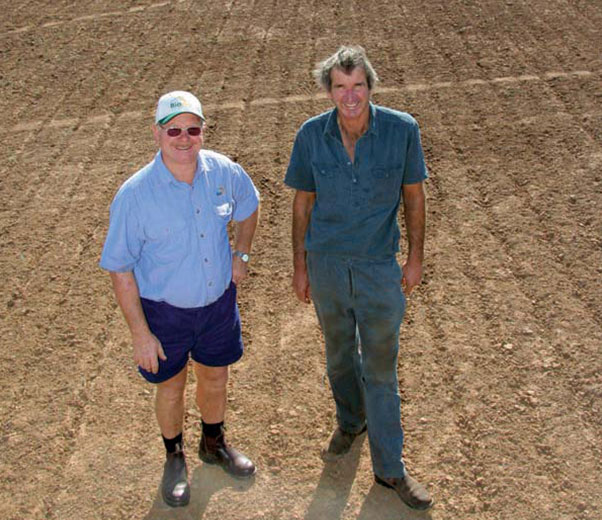 “That canola, which had been given a death sentence, yielded 2.5 tonnes per ha and netted us $40,000. That won me over towards biological farming and at the same time convinced me that there was a lot I didn’t know.”

Alan has since implemented a custom-made BioAg ‘fertility program’ across more than a third of his property. The program incorporates a range of BioAg products, all of which are accredited organic inputs, in conjunction with conventional inputs.

To date, more than 1,200 hectares have been treated at least once with 100 kg per ha of BioAgPhos® and 200kg per ha of lime using a belt spreader.

About half of its 15% phosphorus content is available immediately for plant use, while the remainder is slowly digested by the microorganisms and added to the nutrient reservoir in the soil.

“I can make a good seedbed in one pass, have fewer disease problems and less run-off after rain,” he said. “Two years ago, we had 100 mm of rain in three days. The water ran off our conventionally-farmed country almost straight away, whereas the biologically-farmed country just soaked it up.

“The soil is much softer so I can direct-drill a lot more. I’ve also had fewer weeds so I’ve been able to cut back on weed spraying over the past four or five years. With biological farming there’s not as much vegetative growth in the crops.

“The funny thing is that the best crops don’t look like anything special but they’re much easier to harvest and they yield well. I’ve stripped 2 tons per hectare off cereal crops that didn’t look like they’d be worth harvesting and easily harvested a 12 tons per hectare rice crop with my 25-year-old header!”

The quality of Alan’s rice had also improved. “Our appraisals are going up and up each year, with more whole grain mill-out and fewer brown or green grains, so we’re making more money,” he said.

His Merinos are healthier, with few worm problems despite not having drenched for 18 months. Even with the drought, there has been little tender wool, which Alan attributes to a change from set stocking to a rotational grazing program on lucerne, subclover and vetch pastures over winter and the year-round nutrition from 160ha of saltbush.

Other changes to his management system include the adoption of green manure crops, the introduction of raised bed cropping to use irrigation water more efficiently, and fencing off nearly 400 ha to allow native vegetation to regenerate.

Alan said his biological approach cost a bit more than conventional farming techniques and required more management skills, but the benefits were worthwhile.

“The last few years have been tough but the benefits in our soil, stock health and crops have made it profitable,” he said. “I really think that biological farming is the way to go.

“I’ve changed my direction in so many ways that I’m now really confident and can see a tremendous future in farming using this approach. It has shown me the way to move from conventional to organic production and I am now undertaking the first stage of certification as an organic grower.”

Alan has also won over his harshest critic – his father. “Dad said I was crazy and on the wrong track but I took him out to a wheat paddock that had been biologically-farmed for three years,” he said. “I dug up a shovelful of soil and it was beautiful and soft and full of earthworms and fungal growth. Dad changed his mind on the spot.”