A biological crop nutrition program has proven itself to be a simple and cost-effective production booster for Sunraysia citrus and nursery producers, Steve and Andria Heywood.

The Heywoods are now on their second year of a custom-made BioAg fertility program and are convinced it is having a beneficial influence on the health and productivity of their operation.

“The Heywoods are now on their second year of a custom-made BioAg Fertility Program and are convinced it is having a beneficial influence on the health and productivity of their operation.” 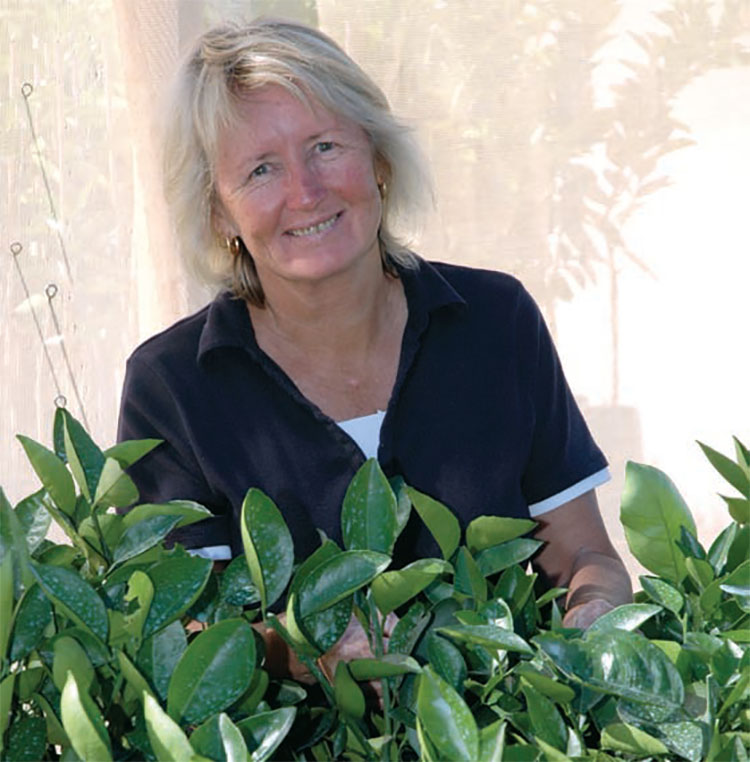 The Heywoods had a chance introduction to BioAg after their son Jason, who operates his own 4ha citrus block and carting business, commented upon the quality of a consignment from Palinyewah Producers.

“Jason said it was the best fruit he’d seen all season and he asked the manager, Peter Donaldson, what he did differently,” she said. “Peter told him about BioAg and suggested we contact their local representative.”

“I was quite sceptical at first – how could such small amounts, dissolved in thousands of litres of water be of any benefit? At the time, we were putting on large amounts of this and that but we were not seeing any result, so how could less be better? However, we were so frustrated with our existing program that we were willing to give it a try.”

The block now receives an annual application of 350-500kg per ha* BioAgPhos® a phosphate fertiliser made from high-grade reactive phosphate rock, 350-500kg per ha* sulphate of ammonia during spring. The nutrients are applied using a belt spreader between the tree rows.

In addition, 1-1.5L per ha* of BioAg Soil & Seed™ (a liquid treatment that encourages root development and soil microbial activity) and 15-25kg per ha* of calcium nitrate (a rich source of calcium and nitrogen) is applied at approximately 21-day intervals throughout the growing season via the fertigation system.

During early flowering and fruiting, 1.5-2.5L per ha* of BioAg Balance & Grow®, a liquid microbial culture which stimulates vegetative growth and improves soil microbial activity, mixed with small amounts of calcium nitrate and micronutrients as needed, is applied as a foliar spray at 21-day intervals. During maturation, 2–3L per ha* of BioAg Fruit & Balance®, a foliar treatment which delivers a rich source of nutrients to enhance yield and quality, and monoammonium phosphate (MAP) is applied.

According to Andria, the block has never looked better. “We have never looked back,” she said. “We had one portion of young trees that had been planted into a hard piece of ground and they were really sick. Those little trees just started to grow – I couldn’t believe it. We are producing the best fruit we have seen in terms of amount and size. Our older trees are healthier than they’ve ever been. We have seen a lot less insects in our trees and we are spraying fewer insecticides as a result.”

The adoption of a similar BioAg nutrition program has also paid big dividends in the nursery. “We were having big problems with a section of plants that were quite uneven,” Andria said. “Of course, the first reaction is to apply more fertiliser, when in actual fact, I was over-fertilising them. Marco told me that the potting mix had actually turned toxic and the trees were starting to ‘gum up’. That’s why the leaves were burning and turning yellow. He reduced the inputs and tried to balance what was there. Now there is a real evenness throughout each batch and as a whole.

I would say to anyone who is unhappy with their nutrition program to contact BioAg. You have to try it to believe it. It’s just so simple and they take the worry out of what to do next. It’s a good feeling when you are confident about what you’re doing.

Before we started using BioAg, we would have a leaf analysis done each February and be given a program for the next 12 months. This meant we had to wait another 12 months before we knew if the program was working. With BioAg, we do a leaf analysis and new program every 12 weeks.”

“I would say to anyone who is unhappy with their nutrition program to contact BioAg. You have to try it to believe it.”

The Sage Grove nursery, which is operated by Andria with the help of her daughter, Shannon, and daughter-in-law, Kylie, produces up to 20,000 trees for local growers each year.

“We set up the nursery 14 years ago because we wanted to plant more varieties, such as Lane, Washingtons and Imperials,” Andria said. “At the time, our block was mostly planted to valencias. We got a couple of quotes to buy young trees, but we thought it was too expensive so we decided to grow our own. We went to the Department of Agriculture and they gave us all the information and training we needed.

We built a little nursery and quickly filled it up with rootstock, so we had to build another shadehouse in the second year. A couple of growers commented on our newly-planted trees and asked if we would grow some for them. The nursery grew from there.

*All application figures are provided as a guide only.